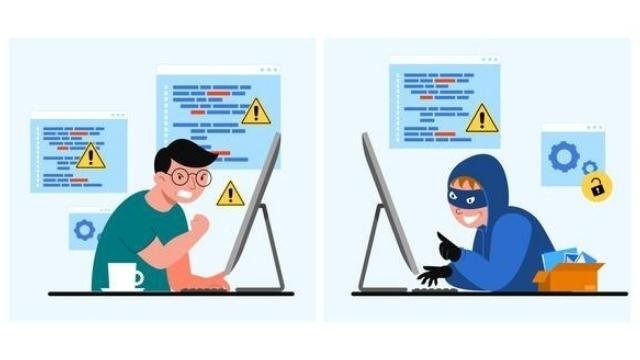 was an Indian stockbroker. Mehta’s involvement in the 1992 Indian securities scam made him infamous as a market manipulator. Although, as reported by Economic Times, some financial experts believe that Harshad Mehta didn’t commit any fraud; he exploited loopholes in the system.

Of the 27 criminal charges brought against him, he was only convicted of four, before his death (by sudden heart attack) at age 47 in 2001. Mehta was alleged to be engaged in a massive stock manipulation scheme financed by worthless bank receipts, which his firm brokered for “ready forward” transactions between banks. Mehta was convicted by the Bombay High Court and the Supreme Court of India for his part in a financial scandal valued at ₹100 billion (US$1.4 billion) which took place on the Bombay Stock Exchange (BSE). The scandal exposed the loopholes in the Indian banking system, and the Bombay Stock Exchange (BSE) transaction system, and consequently the SEBI introduced new rules to cover those loopholes. He was on trial for nine years, until he died at the end of 2001.

Jobs, often related to sales, including selling hosiery, cement, and sorting diamonds. Mehta started his career as a salesperson in New India Assurance Company Limited (NIACL). During this time, he got interested in the stock market and after a few days, resigned and joined a brokerage firm. In the early 1980s, he moved to a lower-level clerical job at the brokerage firm Harjivandas Nemidas Securities where he worked as a jobber for the broker Prasann Pranjivandas Broker who he considered his “Guru”.

For ten years, beginning 1980, he served in positions of increasing responsibility at a brokerage firm series. By 1990, he rose to a prominent place in the Indian securities industry, with the media (including popular magazines such as Business Today) touting him as “Amitabh Bachchan of the Stock market”.

Grow More Research and Asset Management, with associates’ financial assistance, when the BSE auctioned a broker’s card. He actively started to trade in 1986. By early 1990, several eminent people began to invest in his firm, and utilize his services. At this time, he began trading heavily in the shares of Associated Cement Company (ACC). Price of shares in the cement company eventually rose from ₹200 to nearly ₹9,000 due to a massive spate of buying from a set of brokers including Mehta.

During this period, especially in 1990–1991, the media portrayed Mehta’s heightened deified image, calling him “The Big Bull”. He was covered in a cover page article of many publications, including the popular economic magazine Business Today, in an article titled “Raging Bull”. flashing lifestyle of a sea-facing 15,000 square feet penthouse in the tony area of Worli complete with a mini-golf course and swimming pool. His cars, including a Toyota Corolla, Lexus LS400, and Toyota Sera, were flashed in publications. These further exemplified his image when these were rarities even for the rich people of India.

In criminal indictments later brought by the authorities, Mehta and his associates then undertook a much broader scheme, which resulted in manipulating the Bombay Stock Exchange’s rise. The project was financed by supposedly collateralized bank receipts, which were uncollateralized. Used the bank receipts in short-term bank-to-bank lending, known as “ready forward” transactions, which Mehta’s firm brokered. By the second half of 1991, Mehta had earned the nickname of the “Big Bull”, because he was said to have started the bull run in the stock market. Some of the people who worked in his firm included Ketan Parekh, who later would be involved in his replicate scam.

Background of the 1992 security fraud

Up to the early ’90s banks in India were not allowed to invest in the equity markets. However, they were expected to post profits and retain a specific ratio (threshold) of their government fixed interest bonds assets. Mehta cleverly squeezed capital out of the banking system to address this bank requirement and pumped this money into the share market. He also promised the banks higher rates of interest, while asking them to transfer the funds into his account, under the guise of buying securities from other banks. At that time, a bank had to go through a broker to purchase securities and forward bonds from other banks. Mehta used this money temporarily in his account to buy shares, thus hiking up the demand of individual shares (of well-established companies like ACC, Sterlite Industries, and Videocon) dramatically, selling them off, passing on the part of the proceeds to the bank, and keeping the rest for himself. This resulted in stocks like ACC (which was trading in 1991 for ₹200/share) to nearly ₹9,000 in just three months.

Another instrument used in a big way was the bank receipt. In a ready-forward deal, did not move securities back and forth in actuality. Instead, the borrower, i.e. the seller of securities, gave the buyer a BR. BR serves as a receipt from the selling bank and promises that the buyer will receive the securities they have paid for at the end of the term.

Having figured this out, Mehta needed banks, which could issue fake BRs, or BRs not backed by any government securities.

Once these fake BRs were issued, they were passed on to other banks, and the banks, in turn, gave Mehta money, plainly assuming that they were lending against government securities when this was not the case. He took the Price of ACC from ₹200 to ₹9,000. An increase of 4,400% in stock markets was overheated, and the bulls were on a mad run. Since he had to book profits, the day he sold was when the markets crashed.

An outbreak of 1992 securities fraud

A typical ready-forward deal involved two banks brought together by a broker in place of a commission. The broker did not handle the cash and securities, though that wasn’t the case in the lead-up to fraud. In this settlement process, deliveries of securities and payments were made through the broker. The seller handed over the securities to the broker, who passed them to the buyer, while the buyer gave the cheque to the broker, who then made the payment to the seller. In this settlement process, the buyer and the seller might not even know with whom they had traded. The brokers could manage because they had become market makers and had started trading on their accounts. To keep up a semblance of legality, they pretended to be undertaking the transactions on behalf of a bank.

Mehta used forged BRs to gain unsecured loans and operated several small banks to issue BRs on demand. Once these fake BRs were issued, they were passed on to other banks and the banks, in turn, gave Mehta money, assuming that they were lending against government securities when this was not the case. Used this money to drive up the prices of stocks in the stock market. When the time came to return the money, sold the shares for a profit, and returned the money bank.

This went on as long as the stock prices kept going up, and no one had a clue about Mehta’s operations. Once the fraud was exposed, leaving many banks holding BRs that did not have any value – this had defrauded the banking system of a whopping ₹40 billion (equivalent to ₹250 billion or US$3.5 billion in 2019). He knew that he would be accused if people came to know about his involvement in issuing cheques to Mehta. Subsequently, it transpired that Citibank, brokers like Pallav Sheth and Ajay Kayan, industrialists like Aditya Birla, Hemendra Kothari, several politicians, and the RBI Governor S.Venkitaramanan all had played a role in allowing or facilitating Mehta’s rigging of the share market.

CA Monk is a one stop partner in your journey to becoming a CA and beyond.